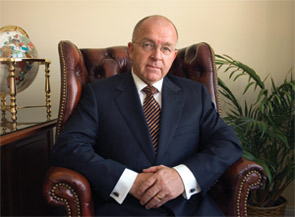 To those who don’t live in the Greater Toronto area in Canada, Linda Leatherdale is the financial columnist of the Toronto Sun newspaper.  She had an article in Sunday’s edition of the paper  called Economic Armaggedon discussing those who have devastating predicitons for the western-based economy.  XCG splinter leader Ron Weinland was no exception. Here’s an excerpt:

Believers in a higher power call this Armageddon and the last war man will fight. One such guru, Ronald We

Many, I’m sure, will label Weinland a religious whacko with his predictions of natural disasters that’ll make Hurricane Katrina look like a spring shower; severe weather patterns leading to famine and food shortages; plagues that will kill man, beast and bird; more terrorist attacks and the collapse of the world’s economic superpower. All of this, he predicts, leads to World War III and a deadly battle between the now powerful Europe’s economic union and China and its allies.

inland, in his book 2008: God’s Final Word, warns of the demise of the United States — where the first blow was struck with 9-11 and now a subprime mortgage bloodbath is shattering the pillars of capitalism with a tidal wave devastating economies around the globe.

In the end, “Every economy will be decimated,” he writes. Even Canada’s.

And in just three and half years, 6 billion people will die. Yikes.

Thank God that Linda does understand Ronald Weinland as a religious whacko but at the same time he is no fool and I will again plug in Aggie’s project Weinland Watch at http://weinlandwatch.wordpress.com/. According to Aggie (and I think I have good reason to believe her) Ronald Weinland may be a wacko but he is very dangerous. Possibly dangerous in the Jim Jones sense! Linda, if you are reading this take note and read Aggie’s blog and be afraid of this man, not because of his false prophecies—but be very afraid in what he may do his followers.