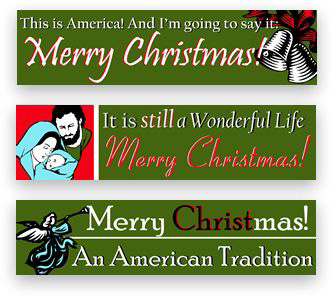 Christmas is coming only 2 and a half months away and the Armstrongite splinters of the Churches of God will be in full gear to go into tirade that it is one of the most wicked and evil holidays one can celebrate. Sadly they do not differentiate between certain secular celebration and their failure to do so diminishes the seriousness of debate that they attempt to put forward. Another sad fact is that Armstrongites are on the side of atheists (of the more radical and angry millitant kind) and other socialist-minded politically correct people when it comes to being a scrooge or a grinch. A former anti-Christmas advocate by the name of Ralph Woodrow argued in his book Christmas Reconsidered that most of the fruits of fundamentalists who were stridently anti-Christmas were negative. Did this anti-Christmas campaign bring more people to Christ, Woodrow asked? Sadly the answer was a definite and decisive no. On the other hand, I do respect those who do not believe in the celebration of Christmas but do not demand world submission to their own world view and also who can see grey areas at the same time. An example, of course would be the Church of God (Seventh Day), Messianic Judaism and so on. For the hardline, hard-core Armstrongite who wants everyone to submit to him, WorldNetDaily has a Christmas defence kit. Go to http://www.worldnetdaily.com/news/article.asp?ARTICLE_ID=58101 and read all about it!