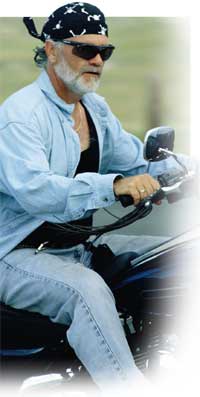 There is an old saying to the effect that if someone wants to get you, they can either get you the clean way, or the dirty way.
The thing about the clean way is that most logically thinking people will accept it, and it will probably stick. If done according to the rule of law, it is considered legitimate, and will have a better lasting effect.

Although the Flurry’s shamelessly used HWA’s old script with regard to the press, I do believe that the reporter in this case took shortcuts, and did a lazy job. So much more could have been done with this topic, such as finding the people whose health has been and is being negatively impacted by the medical doctrines. Of course the Flurry’s would respond to this situation in a similar fashion to the way in which they treated tithing, and state that compliance was totally voluntary. But, the public would see PCG as a dangerous and toxic cult if they knew that people were going blind because they were threatened with disfellowshipment if they used glaucoma drops, or were suffering advanced stages of cancer without so much as being able to take an asprin for their pain.

The reporter should have investigated the way in which PCG destroys one of God’s sacred institutions, the family! People are disfellowshipped for associating with “Laodecean” relatives! Happy, loving, interracial couples are broken up because they are “unequally yoked”.

I believe that some undercover work might also have uncovered cases of child abuse, if this group still holds to Armstrong teachings. That’s one that should be screaming bloody murder!

Branch Davidians? That was definitely in the category of dirty pool. Yes we do fear what might happen to some members if ACOG extremists ever did set up their place of “safety”. But, HWA never taught his followers to assemble arsenals to be used for insurrection against the Federal Government. He taught them to be pacifists, and to endure persecution in such a manner as to deflect greater persecution from the church and ministry. Yes, his body guard was armed. Yes, he did authorize a hippie type passive sit-in demonstration at the Hall of Administration to thwart receivership. Flurry claims to follow HWA’s original teaching. It is ridiculous to compare PCG to the Branch Davidians. WCG always talked tough, but in the end, used passive methods for dealing with conflict with the police or government authority. There is no reason to suspect that Flurry would behave any differently.

When the Jim Jones Flavor Aid thing went down in Guyana, I saw Jones as being very much the Herbert W. Armstrong type person. I hoped that that episode would provide a huge lesson to the people still in WCG, and make them ask important questions. In WCG, I had known so many “follow God’s Apostle at all costs” type people. There were people who would gladly have died, had HWA commanded it. Whether the Jonestown mass suicide caused any reform within WCG, I don’t know. I was long gone by that time and not there to catch the buzz on this in any local congregations.

When the Waco massacre occurred, I was at the bottom of the atheist pit that I had created for myself, saw religion as being the enemy to societal evolution, and wanted to see it stamped out. I wanted a scientific “Star Trek” society. I’m embarrassed and ashamed to admit this now, but part of me rejoiced that the Feds handled Waco as they did. But, I was terribly wrong in this. Can any of us imagine any of our former brethren having to die in such a horrible way because forceful or powerful people trumped up charges and escallated a situation that could have ended peacefully and without bloodshed or death? I cannot hate anyone so badly that I’d want to see them butchered! Yes, I’d like to see obvious charlatans jailed and tried for their scams. Yes, I would like to see PCG fall apart or disband. But, I don’t want to see innocent people mowed down and maimed and killed simply because they exercised their religious freedom in demented or deluded ways. There are truly better ways of dealing with such situations.

Let’s hope and pray that if anyone takes down any of these cults, they do it clean, based on solid and well established violations of human decency. Due process, trial by jury of peers, conviction and punishment of those judged guilty. That way, education will occur. Please, no lynch mobs!

—Byker Bob wants Gerald Flurry and other splinter leaders to be mowed down as they should but their downfall should be done in a legitimate, decent way, where the rule of law remains supreme in light of discussion of Flurry’s fit on how Fox News handled (or mishandled, take your pick) his story.