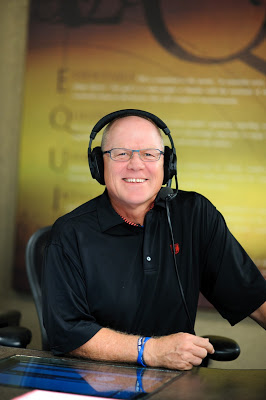 For those who were a part of the historic Worldwide Church of God, this man was a polarizing figure. There were some that loved him and some that hated him. For me, I admired him for standing up for historic Christian faith but at the same time disagreed with him on other things. I met him personally during his visit to Toronto, Ontario, Canada at The People’s Church back in 1999. He was very cordial and was nice enough to autograph his book Christianity In Crisis in which he bestowed God’s blessing for me. Hank Hanegraaff, President of the Christian Research Institute (an Christian apologetics ministry that focuses on cults and aberrant groups) since 1989 upon the death of it’s founder Walter Martin has reportedly became Eastern Orthodox . The staunch Reformed Calvinist blog Pulpit and Pen  was not happy about the reports and treated this as if Hank left the “biblical faith”. One person who became Eastern Orthodox welcomed Hank with open arms. What’s my take? I say way to go! As we get older in age, we see the things very differently when we were young and we also understand things in a whole new light. Frankly, I have liked a lot of Eastern Orthodox doctrines regarding Ancestral Sin vs. Original Sin, their view on atonement (Christus Victor) vs. Penal Substitution and even if one can no longer be honestly annhilationist, their view of hell (sorry Dennis, I’m not taking the next step and becoming an absolute universalist) . Also, unlike what most in Evangelical Protestantism does is relegate the majority of the human race to hell and one a tiny select few is saved; whereas Eastern Orthodox does provide a righteous provision for those who have appeared not hear the gospel. Interesting that the Tkach family were Eastern Orthodox to begin with. Joseph W. Tkach Sr.’s father was Orthodox, believed in The Trinity but kept the peace and remained quiet about his belief. When Joe Sr. became Pastor General of the Worldwide Church of God, discovered that the God Family doctrine was theologically bankrupt and had to replace it with something a lot more in line with scripture (he remembered his dad’s belief in the Godhead): One God, Three Hypostases (used the Greek word as opposed to person at first when changing the doctrine back in 1993). This led the Worldwide Church of God into being on orthodox (small o) Christian denomination. The rest they say is history.  There was another cult (unrelated to Worldwide), The Holy Order of Man and they joined Eastern Orthodoxy. It seems the EO’s have a track record of bringing aberrant groups into “o”rthodoxy. May the track record continue. Hank’s conversion to Eastern Orthodoxy will bring a lot of his radio followers from The Bible Answer Man show to take a look for themselves. Good for them! This is only another testimony that American Evangelical Christianity as we know it is in crisis. To say otherwise is to be in denial. For Evangelicals to refuse to recognize this crisis, they do so at their peril.

One thought on “I Guess this is TRUE!!!”