Douglas Becker meant serious business by closing his Church Corporate site later in the week. He had great articles discussing what is pyschopathy, sociopathy, narcissism and other mental disorders that already exist in organized religion not limited to the XCG splinters—but organized Christian churches apart fromt the splinters. I don`t know where such valuable information like that can ever be matched. If I was`nt so busy at the time, I would have easily asked Douglas for most of his articles transferred to my blog but I guess what is done is done and I, for one truly enjoyed his ride.  Douglas is free to comment here anytime he chooses. I sincerely wish him well in his new venture(s) whatever they may be. 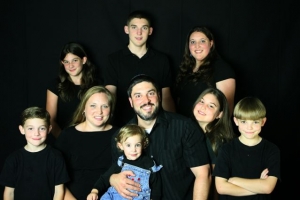 I have decided to put a new link to a blog called Messianic Jewish Musings by Derek Leman, a Messianic Jewish theologian, Congregational Leader of his Messianic Synagogue in Atlanta,Georgia and a man who defintaely knows how to follow God`s command of `Be fruitful and multiply.` 🙂 In other words, he has a big happy family. Some former WCGers and XCGers may hold strong objections to the blog link. Some aggressively suggest that Messianic Judaism and Armstrongism is the same. In return, I say emotive nonsense, it is no more than the perennial silly assertion that Barack Obama is a Muslim (while he specifically said he prays to His Savior Jesus Christ—but that`s another topic for another day). If some want to object, I have Doug Ward`s Grace and Knowledge ( a former WCGer himself), Robin Sampson`s Heart of Wisdom and John Garr`s Restoration Foundation websites which deal with the Hebraic roots of Christianity and Messianic Judaism. I am not removing those for anybody either. Yes, Armstrongism and Messianic Judaism does celebrate the Sabbath, the Holy Days, the dietary laws—but the similiarities end there and for one to conclude they are identcal based on these simple similiarities is making a rash and an emotively thoughtless mistake that nobody benefits in the long term. Messianic Judaism accepts the essentials of historic Christian faith like the triune nature of God and yes, they do believe that one is saved by faith through Yeshua`s (Jesus) grace—Armstrongism has stoutly denied these essentials time and time again. Oh yes for those who want to say Armstrongism and Messianic Judaism both believe in the law, again I assert absolutely no comparison.  Messianic Jews view the word law as Torah—which means teaching and instruction from a loving heavenly Father, not simply a rigid, cold legislative code to be enforced. Armstrongism believes that yes you got grace after you have been converted but after that, you obey their certain selections of the Law to carry you through the way. Yes, for one to get God`s grace through legalism—or to be justified by the law (instead of Christ) is Galatianism. I am not ignorant nor cavilier that there are some in Messianic Judaism that are Galatianists but it is irresponsible for me to assert that 90% are  that way, of course there are cultic elements in this group as they are many other groups. Read the late Jesse Ancona`s story toward the end the end of her e-book (I have the link here) with her dealings with a particular Messianic congregation in her area. Frankly when you deal with Messianic congregations that are charismatic in nature, I will just say two words, “Watch out!“

It is okay for one to not agree with Derek Leman on every single thing that he says , but on this blog I will not tolerate under any circumstances any personal vindictive attacks on this man.  You can disagree passionately but no name calling. Also I will say this now and make it loud, this blog is not a forum to bully and coerce people into agreeing with your disagreements. Attitudes like, “I am more spiritually advanced than you.“ simply just won`t do. Want to get James Pate fuming mad—just say those assertions but I know you`re much better than that. For those who want to test me, I will show you the door out and make sure that door doesn`t hit your backside on the way out!

Otherwise for everybody else, I hope many will benefit in every way of what Derek Leman has to say and teach. It will be something a little different and you will probably learn something new you haven`t known or thought about before.  I have this on my links section but I will give you the link here as well. Enjoy it!